Stay up-to-date on the latest News and Events from Fine Point Consulting.

Get in touch with a financial consultant at Fine Point Consulting today by clicking here.

Luella Schmidt: We get asked this question a lot, what the difference is between employees and contractors. The deal is we get a lot of business owners where they think, well, I’ll just save on payroll taxes, I’ll just pay everybody as a contractor and they think that you can just do that. Unfortunately, the federal government has a set of rules that you have to follow, sort of guidelines on how to determine whether they are an employee or a contractor and the state government also has a slightly different set of rules.

Without getting into the whole list, I think there’s something like nine different things you have to look at. But, you know they really do expect that independent contractors be a business, to file a schedule c, to have a business name, to usually have more that one customer. What happens often, what gets people into trouble is this person they’ve called a contractor, they no longer work for the business and they go file unemployment because there was not an understanding of what that relationship really is. So, people do have to be careful with that.

So just recently the IRS came out with a ruling which was unusual because previously we accountants always advise that it’s kind of a red flag to have a single individual be both a contractor and an employee, especially in one calendar year because then they are getting a W2 and a 1099 at the same time. But there was just a ruling that came out that the IRS said in this particular instance anyway it was okay because the individual was working two very distinct roles; one she really was a contractor and in the other role she really was more of an employee.

So, as long as those points that they give you, the IRS, that is, on how to determine whether it is an employee or a contractor, as long as you are following those guidelines apparently it is okay.

What you can read next 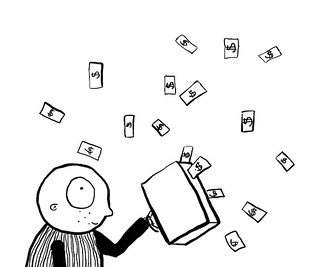 4 Fraud Prevention Tips From Our Friends At Baker Tilly

3 Invoicing Tips For Small Businesses And Startups in Madison, WI

Starting a business is no easy feat. Benefit from our expertise. Whether you:

Talk to Fine Point Consulting. Let us present our solutions so you can make the most of our expertise, our team, and our track record of success.

We offer workforce HR services to help you with on-boarding, goal setting, performance management, and all facets of employee relations.

Our accounting services help Wisconsin businesses focus on what you’re best at. We help keep the cash flowing, the bills paid, and handle the taxes. We can align your financial matters to help you with compliance and growth.

We have vast expertise in working with companies that have been awarded SBIR grants. Talk to us about budgeting, government paperwork, for assistance with DCAA audits, and more.

Many small businesses and startups struggle with taxes. We can work with you to ensure your taxes are handled competently, proactively, and with our vast expertise in state and federal taxes, we can help you maximize tax credits and allowances for your business.